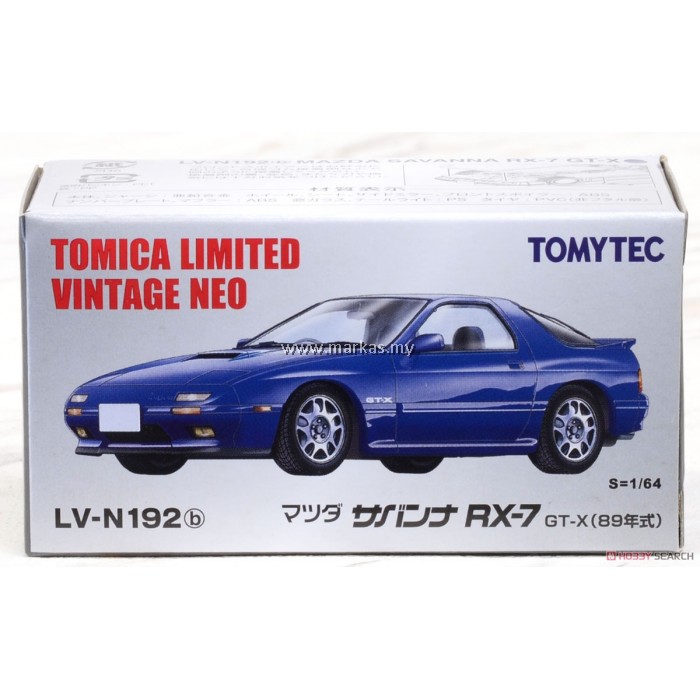 -Various famous cars were born, and it is said to be the vintage year in Japanese car history 1989.
-This year, the first year of the new year, new cars appeared on a monthly basis, and all of them were attractive cars that kept the topic going.
-This year, the second-generation Savannah RX-7 (FC3S type) also changed significantly after four years.
-The late model which went on the road to a pure sports car such as the power-up from 185 to 205 horsepower, and the aluminum of the bonnet (partly) became even more popular Because of the hit, Mazda was even said to be the largest mass-produced sports car manufacturer in the world at that time.
-At TLV-NEO, we will commercialize the FC3S late type with a new mold.
-The late model has many changes on the appearance such as the revival of the round tail lamp, which was once a symbol of a rotary engine car, moldings that became the body color, and the wing type rear spoiler, and reproduce their features as much as possible.
-This time, we commercialized the most rigidly tailored GT-X in the regular lineup.
-Attention is also focused on specially shaped side skirts.
-The body color is gray metallic which was also a catalog color of `89 year, and blue which is an image of rare color harbor blue metallic.
※ Front spoiler is a user mounting part.