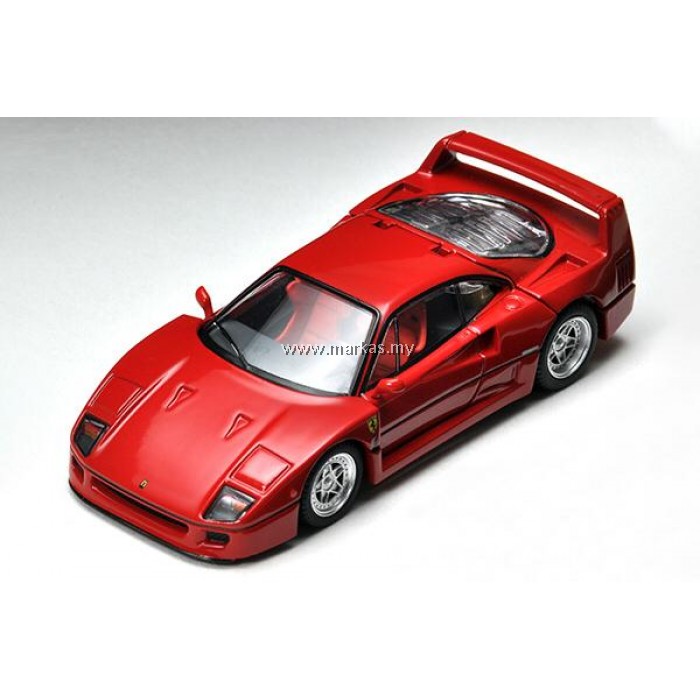 Ready Stock.
Availability: Out Of Stock

From the cars of the latter half of the 1980s, it was born as a commemorative car for the 40th anniversary of Ferrari birth, and we will commercialize F40 which was the world's fastest seat then.

Founder Enzo Ferrari is booming as a car involved last.
Since the announcement in 1987, the cumulative total of 1,311 units was recorded, boasting a prominent name recognition and popularity even in Japan at that time.

It is a car that remains in the history of Ferrari in Japan, and is an icon from the late 1980s to the 90s F 40. I chose it as the first Ferrari commercialization at TLV.